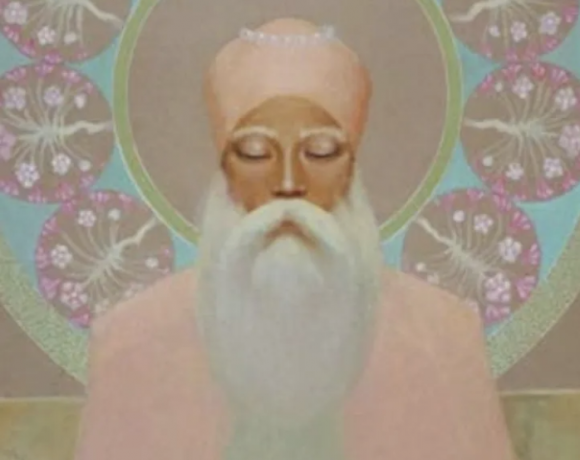 Historically, the path of great yogic tradition intertwined with the path of the first Sikh Gurus in the 15th century and beyond in India.  Therefore the ancient mantra, the Naad or sacred sound current is the common thread in both.

All yogic philosophy is related within all forms of yoga, however Sikh Dharma and Kundalini Yoga overlap in many ways. Hundreds of years ago, all paths of yoga were put under the protection of the great humanitarian and healer, Guru Ram Das. Guru Ram Das is also honored as the fourth Sikh Guru or Teacher. In this way, no matter where our comofort level resides: all yoga, all Sikhi – or all combined – our practice is held in grace, healing, and light.

Sikhism was born five hundred years ago and began with the teachings of a man named Nanak born in 1469 in northern India. He spread a simple message, Ek Ong Kar, the Creator and Creation are One. His words uplifted people, and soon Nanak became Guru Nanak. All those who followed his teachings were seekers of  truth and are called Sikhs. It is a basic premise of the Sikh religion that one does not proselytize, and that all paths to truth are respected.